The ramblings of our community of aviators.

The section on the blood O2 commences around 10.10mins.
Top

Hopefully they get a better result than Garmin. I paid $1200 for a Garmin D2 Delta PX watch last year but the results were less than impressive. The concept is spectacular for pilots - an inobtrusive sensor on the wrist that issues an alarm when your O2 drops too low. Unfortunately I did not find the pulse rate or pulse ox to be very accurate. I got so frustrated with it that I ended up selling it on EBay a few months later and going back to my fingertip oximeter. To be fair, it is a really tough challenge to pick up O2 accurately on the wrist - there just isn't high blood perfusion for the sensor in the wrist to measure. That's why it has taken so long for others (ie Apple) to release their own. I'll stick with the $49 fingertip version until someone can prove they have a much more reliable solution.
Top

One feature missing from all of the pulse oximeters I looked into, including those with iPhone apps, was some sort of notification when blood oxygen falls below a user-selectable level. Many of the knowledgeable sources that guess at the Apple Watch's features mentioned that it would be a feature, but is not documented in any of the Apple literature I was looking through today. If the feature is available, it would be worth the high cost for this feature alone to me, since I do most of my flying in the high teens. Does anyone have any info on this?
Top

Initial tests here show similar results to my usual pulse ox device---though I have to have the watch a little higher up on the wrist than I typically wear it. Better sample with more meat, less wrist bone perhaps. Reads lower by several points when I drop it down further.

No data yet at altitude for comparison. 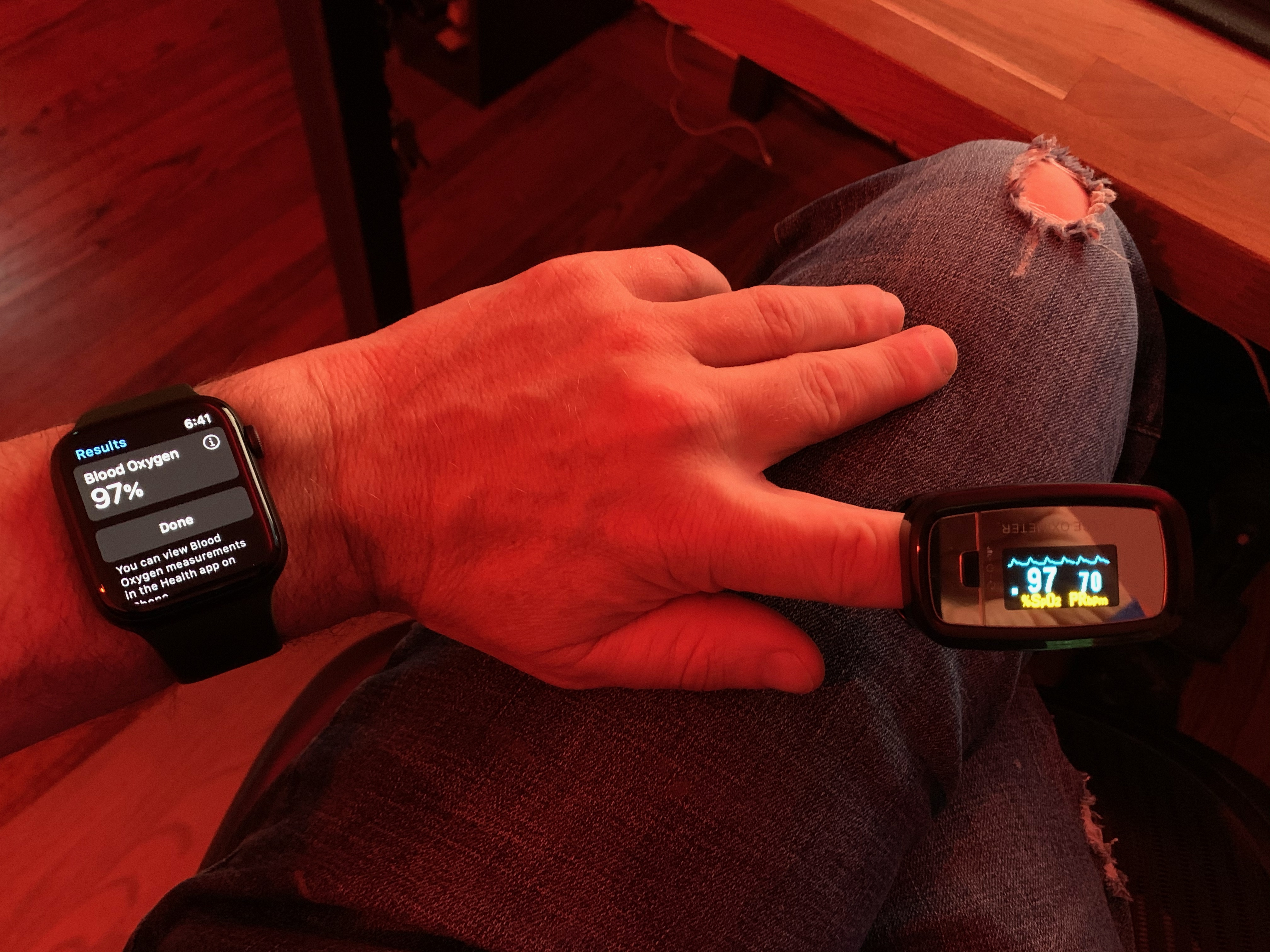 Edit: Very slight pressure on the watch face with it lower on the wrist also reads "correctly," which may mean I'd be a little better off with a band one size smaller than purchased, too.
Top
Post Reply
4 posts • Page 1 of 1